This one is going to be a rant.  Something I have needed to get off my chest for a while now: MITH is not the new PAT or MAT!!!!!!  Okay, that feels better.

There has been some (much?) confusion over what MITH is and is not, and what happened to PAT, so I would like to clarify things for instructors and students alike.

MITH is a method to get a canoe to carve a turn.  Period.  It can be done in lakes, ponds, eddies, river current, anywhere at all, but it is definitely not specific to moving water.  It is a tool, like a stern pry is a tool, that is not exclusive to moving water.

I was teaching an introduction to flat water canoeing recently with Becky Mason.  Her students had for the most part never set foot in a canoe before, and in a 2 hour, wet your whistle clinic, she had MITH as part of the progression.  Need I mention again that MITH is not specific to moving water?

Let’s look at PAT or MAT and take each former teaching point in turn:

P (power) or M (momentum)  Momentum is probably a better term here as power suggests we need the strength to overpower current as if we are the outboard motor. Momentum suggests something more like air-speed to a pilot- momentum in relation to the current if not actual movement upstream or even up in the eddy.  In using wave toughs to enter (even little tiny ones) you are gaining momentum from gravity as you enter onto the face of the trough- no need for power.  In the video here I am not using much of any momentum in the eddy to enter current.  In fact, as I enter current I am sideslipping with a sculling stroke to slide my boat onto the face of the wave where it gains all the momentum necessary.  So, power or momentum is a relative thing and not a prerequisite when entering current.

A (angle)  Here’s where I feel we did a complete disservice to our students.  The angle of entry into current was always referenced to the eddy line and it changed depending upon the speed of the current.  This essentially was saying, “make it up, and once you are good you will just know”.  That’s bad instruction.  In using wave troughs to enter current, the angle of entry keys off the trough line.  That’s it.  Do no look a the current, do not look at the shore, do not look at the dog on the shore…  you get the idea.  Entering at 90 degrees to the trough line gives you control when you enter current. Again in the video here, you can see that my boat enters current perpendicular to the wave trough and I do not get blown away by the current.  In fact, I have options- I can slide across river (as I do in the video), I can stay put and surf, I can initiate a turn and head down river, or I can turn back to the eddy I came from.  This allows control of my destiny- many options rather than simply chasing my boat downstream until I regain control.  So angle still plays an important role when entering current, but it is now consistent and keys of the trough and not the eddy line

T (tilt)  When entering on a wave trough, I am actually flattening my boat and consciously not tilting.  In our MITH turn progression, we learned that tilting a canoe will tighten the carve- great if we want to turn downstream.  But, as stated above, this gives us one choice upon entering current- turn downstream, often quickly and out of control.  Going in with a flat boat allows us to skip across the eddy line and keep the canoe facing upstream, leaving all options still open.  So on entering current, we are actually not tilting the canoe!

Here is a video demonstrating the use of wave troughs to enter and slide across current.  Notice the lack of power- a sculling motion to simply drop onto the face of the wave, flat boat upon entering, and the canoe is perpendicular to the wave trough- the eddyline is not important.  You will notice that once established on the wave trough, I do a small stern pry initiation stroke to open up past 90 and slide across current.  I then tilt the canoe and perform an s-turn.It’s a MITH turn , but only after I have entered current not using MITH.

Using wave troughs to enter current goes against everything PAT ever stated. Sometimes you need no power at all, your angle is always the same- 90 to the trough line, and you don’t tilt upon entering current.  But when you use a wave trough to enter, you gain control and stability that was not possible with the PAT method.

If there are no wave troughs and just current, you may need to revert to PAT, but again not to MITH for entry.  MITH will carve you downstream immediately, whereas PAT (without tilt) will still allow for some control.

Okay, rant over.  It’s off my chest.  But I hope this goes a way to clarify some of the misconceptions that I run into every season. 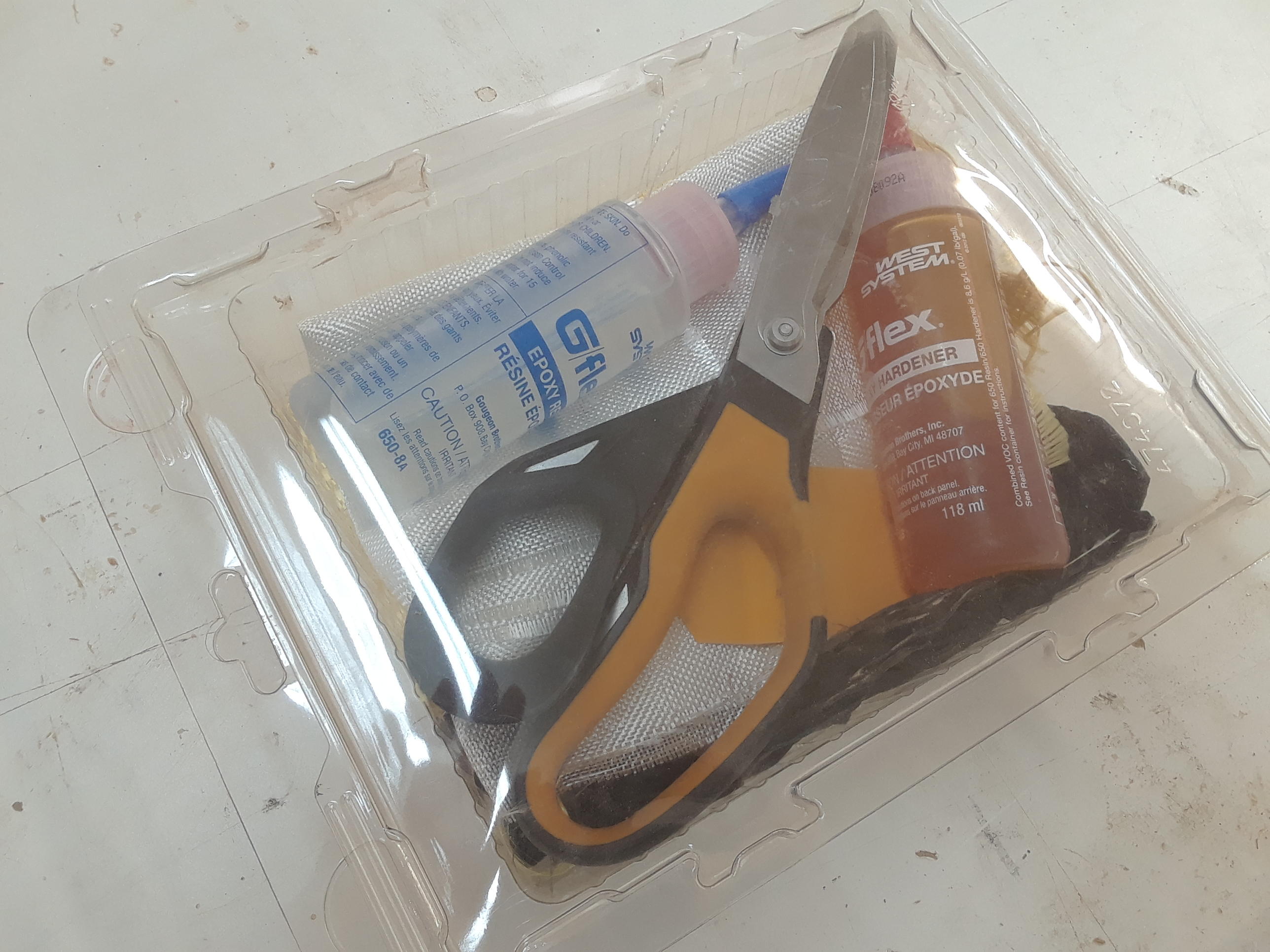 Because of our unique materials and layup, our boats are infinitely reparable. This kit contains everything you'll need to make minor and major repairs to your Echoee or Starlight. We've also created a step-by-step video for how to repair your canoe. 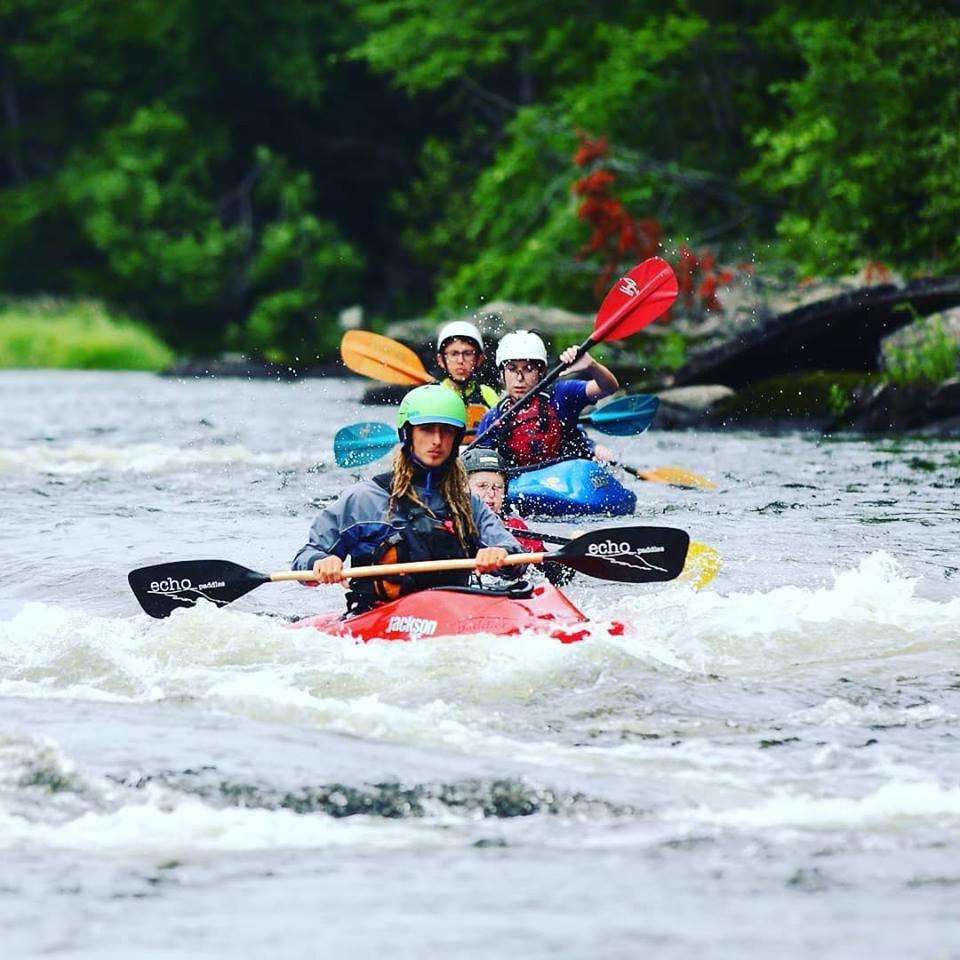 Check It Out!
Close

Enter your details below to learn about new products, courses, blog posts and events via email.

We won't spam you. Ever.